To achieve this, the quantity, quality and flow of AdapteCCa information has been increased and new functionalities (such as the climate change scenario viewer) and contents (case study module) have been incorporated.

See the AdapteCCa leaflet to learn more about the Platform:

In this sense, the online celebration of the I first Iberian Conference on climate change adaptation (#Adaptes), from 18 to 20 November 2020, has established the basis to continue, with a certain periodicity, with the cooperation work between Spain and Portugal. Organised by the Ministry for Ecological Transition and the Demographic Challenge (MITECO) through the Biodiversity Foundation and the Spanish Climate Change Office (OECC) together with the Agência Portuguesa do Ambiente, the Conference has exemplified how cooperation between Portugal and Spain contributes to creating a scenario of collaboration that will allow both countries to make progress in adapting to climate change.

Throughout the project, the foundations have been laid for continued cooperation between Spain and Portugal, through regular meetings between their respective climate change adaptation units.

Find out how Spain and Portugal have joined efforts to adapt to climate change:

From AdapteCCa you can consult and access the case studies included in Climate-ADAPT, the European Platform on Climate Change Adaptation.

Here you can see how the AdapteCCa and Climate-ADAPT platforms are connected:

Promotion of cooperation and coordination between key actors:

The evaluation of the first PNACC (2006-2020), carried out within the framework of the LIFE SHARA project, has resulted in a report that includes the main achievements, pending challenges and lessons learned from the first National Climate Change Adaptation Plan. To carry out this evaluation, an advisory group was formed that included experts from European, national, regional and local institutions, academia and NGOs, professionals and experts who have accompanied the entire process, proposing guidelines and approaches to be developed in the same. Publication of the report: "PNACC: Assessments and proposals from stakeholders and interested sectors".

This assessment process has been one of the pillars for the preparation of the new PNACC 2021-2030, the basic planning instrument to promote coordinated actions to address the effects of climate change in Spain in the coming years. 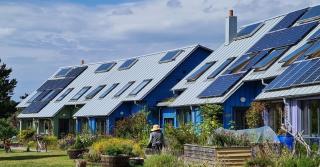